The PVP Council of PTAs is proud to be part of the nation's largest volunteer association with a 100-year history of advocating for all children. Our council consists of 16 PTAs and nearly 10,000 PTA members throughout the Palos Verdes Peninsula Unified School District.  We are excited to embark upon the 2021-22 school year. We will continue to grown our relationships with the Palos Verdes School District, its Board of Education and administrators, all school sites, parents, teachers, and the greater Palos Verdes community to make this school year and exceptional one. The PVP Council coordinates all the PTAs (Parent Teacher Associations) and PTSAs (Parent Teacher Student Associations) throughout Palos Verdes to support enrichment programs (such as the National Reflections Art Recognition program), organize Mock Elections and Capitol Convoy, fund disaster and safety training, and much, much more.

As we continue to modify and adjust to a different school year, we will do all that we can to support our schools That support, and the continued connection amongst our members and with our schools, is more important now than ever. As we all work to find new ways to support our students through these challenging times, coming together makes us stronger and makes us better.  This is the time when we all pull together and keep that vital connection between home and school – for our students, for our families, for all of us. Our students may be learning in a different way and teachers are teaching in ways not ever thought of, but we are still one community. It is very difficult – but more crucial than ever – for all of us to hold on to the vision that is PVPUSD.

Our PTAs and the many programs they support at each one of our school sites depend upon our members.  None of these programs would be offered at any Palos Verdes school were it not for the parent support at each school. Support for these programs comes in various forms- direct drive donations, PTA/PTSA membership for each family, and thousands of hours of parent volunteer work. Each of these is vitally important to the continuation of these PTA programs in all of our schools.

One of the most important ways to support your school and stay informed is to become a PTA member at your school site. Your PTA membership supports the PTA programs which enrich the experience of our students, and provides you with a voice at your school site and in the National PTA organization which advocates on behalf of all our children. Attending monthly PTA meetings is a very valuable way to be part of the school community and we urge you check out our virtual meetings as the school year starts.

We will work harder than ever to help our students and their families, teachers and schools, to provide resources to support distance learning and the mental health of all through this pandemic. We welcome your support, your questions and your suggestions. Please contact us at pvppta@gmail.com with any questions or comments you might have about our PTA Council and our activities. 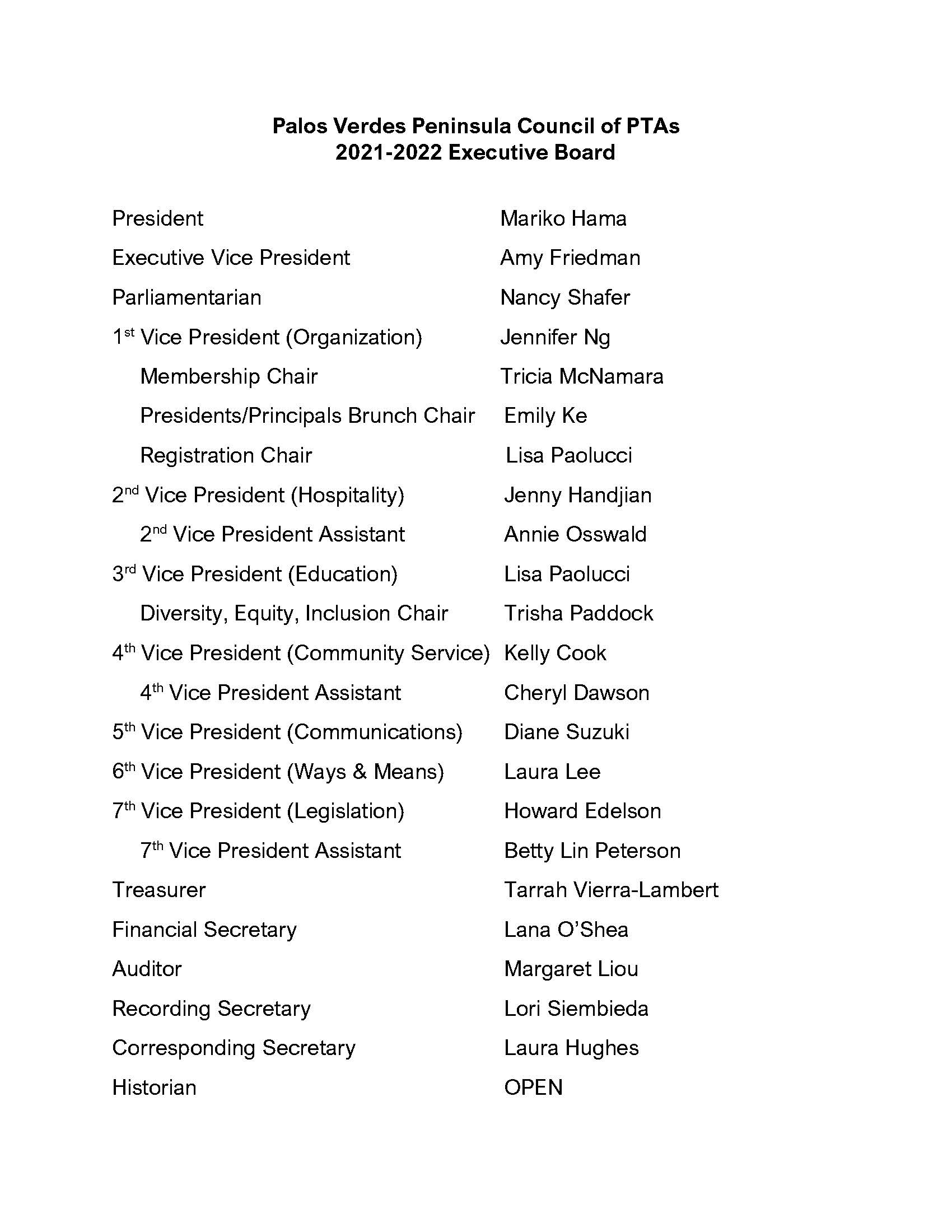 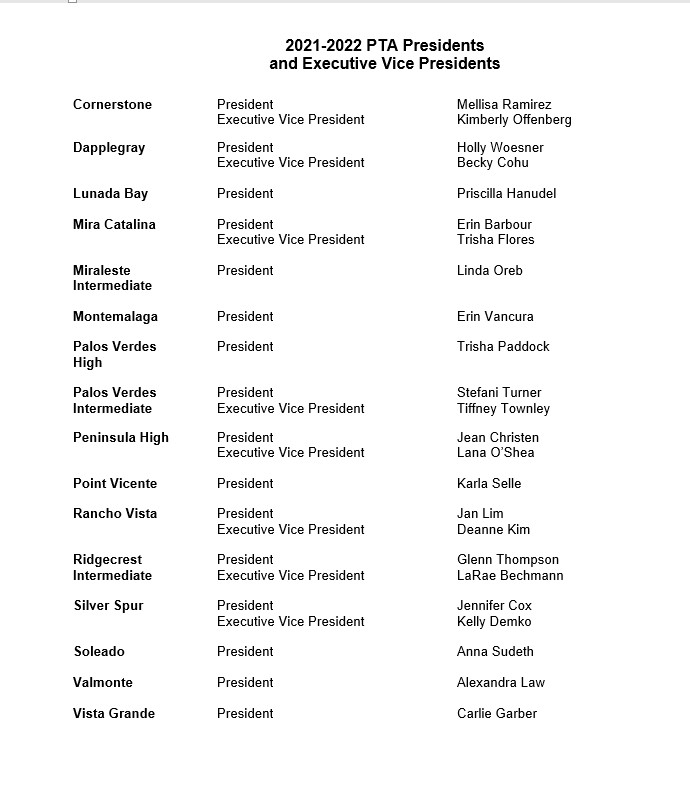 PVP Council of PTAs Past Leadership